Women in Robotics: Challenges and Progress

Robotics is one of the fastest growing fields in science, technology, engineering and mathematics (STEM) and women have benefited from that growth. Over the past three decades, women in robotics have faced challenges, but at the same time, have seen encouraging progress.

“Around the time I entered graduate school in the early 90s, the number of females going into PhD programs in robotics showed a big step up, and I was part of that,” said Julie Adams, Professor of Computer Science at Oregon State University.

“In the early 90s, the number of females going into PhD programs in robotics showed a big step up, and I was part of that.” ~Julie Adams

At that time, Adams was one of only three women of the 30 to 35 students in the general robotics, automation, sensing & perception (GRASP) laboratory at the University of Pennsylvania, and one of the first to graduate with a PhD.

“While there are proportionally more females graduating in robotics than there were in the past, we still see significantly fewer women—and under-represented groups in general, than Caucasian and Asian men in robotics today,” she said.

“Additionally since there are so many robotics companies these days, you have good opportunities that didn’t exist even 10 years ago,” Adams said.

After working in industry, Adams later started the Human-Machine Teaming laboratory at Vanderbilt University, leading research on human-robot interactions, such as a single human supervising teams of robots or direct one-on-one interactions.

Adams works on improving these interactions by collecting data from wearable sensors on humans, which could monitor electrical brain activity or skin conductance, to detect changes in cognitive or physical workload and adapt the robot’s behavior accordingly.

“The other aspect of our research is developing intelligence capabilities for multi-robot systems, such as human-swarm interaction,” she said.

The robotics field has changed for women

“I think the field is definitely much friendlier to women than it was when I was a graduate student,” Adams said. “You had to be pretty thick-skinned to survive the world back then, and these days, that’s not necessarily the case. You still have situations where something will come up that may be problematic, but in general, people are much more accepting than they were many years ago.”

One of the recent crop of female robotics PhD students is Elaine Short who majored in computer science and worked in Maja Mataric’s Robotics and Autonomous Systems Center (RASC) lab at the University of Southern California. Short began her undergraduate studies in biomedical engineering, but after her first computer science class, she was hooked on coding.

With no background in the field, unlike others who may have had experience in high school or earlier, Short said she felt like she might not be “good enough” at coding. Now she’d like to encourage women, underrepresented minorities, and anyone else who might be struggling with learning to code.

Coding is a learned skill not a talent

“My advice to anyone interested in computer science as a field is not to worry that you don’t seem to be as good at coding as others who may have more experience than you,” Short said. “It’s not some magical innate talent—it’s a skill that can be learned.”

Coding “is not some magical innate talent—it’s a skill that can be learned.” ~Elaine Short

Eventually Short caught on to coding and was offered an undergraduate fellowship at Yale, publishing a peer-reviewed paper on her research.

At USC, she worked on using robots to improve group learning with children, especially in groups including one or more children with developmental or learning challenges.

When she came to USC, she was the only woman PhD candidate in computer science, Short said, though the incoming 2016-2017 class was more evenly balanced between women and men.

For more information on coding for kids, read my post on 4 Brain-Boosting Reasons to Teach Kids Engineering Drawing—And Why Coding for Kids is Not Enough

“If you want to increase the number of women in an organization, it helps to have women in leadership,” Short said.

Kristi Morgensen is one such female in leadership. Morgensen is now Professor and Chair of the Department of Aeronautics & Astronautics at the University of Washington. She is also part of the UW robotics, controls and mechatronics group.

Morgensen and her research team work with biologists to learn how organisms, such as insects, birds and bats, sense the world around them and react to the information—for example, to change their direction of flight. They hope to use their results to help drones navigate a forest full of trees, or maintain course on a windy day.

Morgensen and her research team hope to use their research on insects, birds and bats to help drones navigate a forest full of trees, or maintain course on a windy day.

According to Morgensen, living organisms use a wide variety of sensors, including visual, acoustic (like bat sonar), mechanical, biomimetic (hair flow), or even chemical.

“Animals have lots of small simple sensors, whereas engineered systems tend to have smaller numbers of sensors and they tend to be more complex, which also makes them susceptible to failure,” she said.

“If you lose your GPS, that’s a problem because you only have one,” she said, “but instead of a GPS, insects may have a few hundred strain sensors on their wings, so if a couple of them go out, it’s no big deal.”

Challenges to women in STEM

Morgensen said she’s benefitted from great mentors, both male and female, but there are still challenges to being a woman in a STEM field. One of those challenges did not become evident until she gave birth to her children.

“I was the first woman in my department and the first woman to have children, so there was a lack of perspective from some members of the faculty,” she said. “I was breastfeeding and I had to keep to a schedule for pumping, so I needed meetings to end on time. Telling me I could leave missed the point that I would be absent for important conversations.”

With another woman now on the faculty, she feels the climate has changed a lot in her department. “Most people at the College are flexible about schedules, but I do end up working a lot of late nights,” she said. “Having had children, I’m way more efficient now than I was before.”

“We need to keep finding better ways of including everyone in science and engineering and robotics.” ~Kristi Morgensen

Morgensen recognizes that differences in personality are always a factor, and some of these issues are always going to exist between people who have children and those who don’t.

“In general things are slowly changing for the better, and the whole balancing of gender is not something that’s going to change in 5 years or 10 years—it requires generational changes,” she said.

“There’s not going to be a magic bullet,” Morgensen said. “We need to keep finding better ways of including everyone in science and engineering and robotics.” 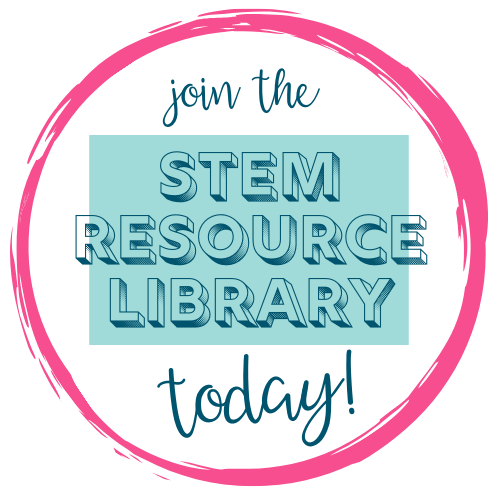