As a science writer, my favorite part of writing about STEM topics is the human story behind the story. I love interviewing scientists and engineers and showing readers how real people find their passion, make exciting new discoveries, and overcome obstacles along the way.

Note: Some links in this post are affiliate links, which means I receive a commission if you make a purchase. Affiliate relationships include Amazon Associates.

To help you or a future computer scientist you may know begin journaling your own story behind the story, I selected 52 inspirational quotations by 15 influential women in computer science and IT. Let these quotes guide your thoughts and dreams – one quote for each week of the year (scroll down to read the list of women computer scientists quoted).

History of Women in Computer Science

Many of the first “computers” were actually women. In the 1800s and 1900s, they were hired to take the burden of tedious and exhausting computations off of the male engineers & scientists. These highly educated women were chosen for their strong math abilities, as well as their strict attention to detail – essential to the complex calculations required to determine the path of a bomb, a rocket, or a comet.

When electronic computers came on the scene, women “computers” naturally gravitated to this new and powerful technology. These women were pioneers who exhibited great courage and determination, often breaking through overwhelming cultural, financial, and legal barriers to reach success.

As you journal your way through the book, I hope you’ll be inspired to learn more about these fascinating women. Let their words and lives challenge you to pursue your dreams of technical adventures.

This journal will stimulate and inspire current and future computer scientists, mathematicians, & software engineers from age 10 to 110.

“I really knew I had to do something to address the problem and create something, a program that would nurture girls like my daughter.”

“To me programming is more than an important practical art. It is also a gigantic undertaking in the foundations of knowledge.”

52 Inspirational Quotes by Women in Computer Science & IT: A Journal for Reflection makes a great graduation or appreciation gift for:

“Sometimes it’s better to leave something alone, to pause, and that’s very true of programming.”

52 Inspirational Quotes by African Americans in STEM: A Journal for Reflection

After earning my degree in environmental engineering and working in the field for eight years, I changed careers to become editor of a magazine on lasers and fiber optics. Since that time, I’ve written hundreds of articles, blog posts, and books on Science+Technology+Engineering+Math (STEM). Click here to visit my freelance writing portfolio. 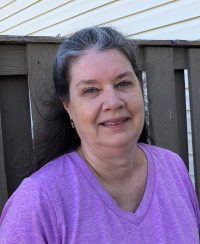 Hello! I’m Holly Martin, a science writer, former engineer and homeschool mother of five children. You can read more about me and STEM-Inspirations here.